INDEX: Choose any country or date (below) to read Noah’s daily dispatches. If you start on January 1st, get comfy: The whole blog is 138,000 words, equivalent to a 450-page book! Or scroll down for highlights.

MAP: The itinerary encompassed 41 countries (including brief stops in France and Lesotho, not listed above). 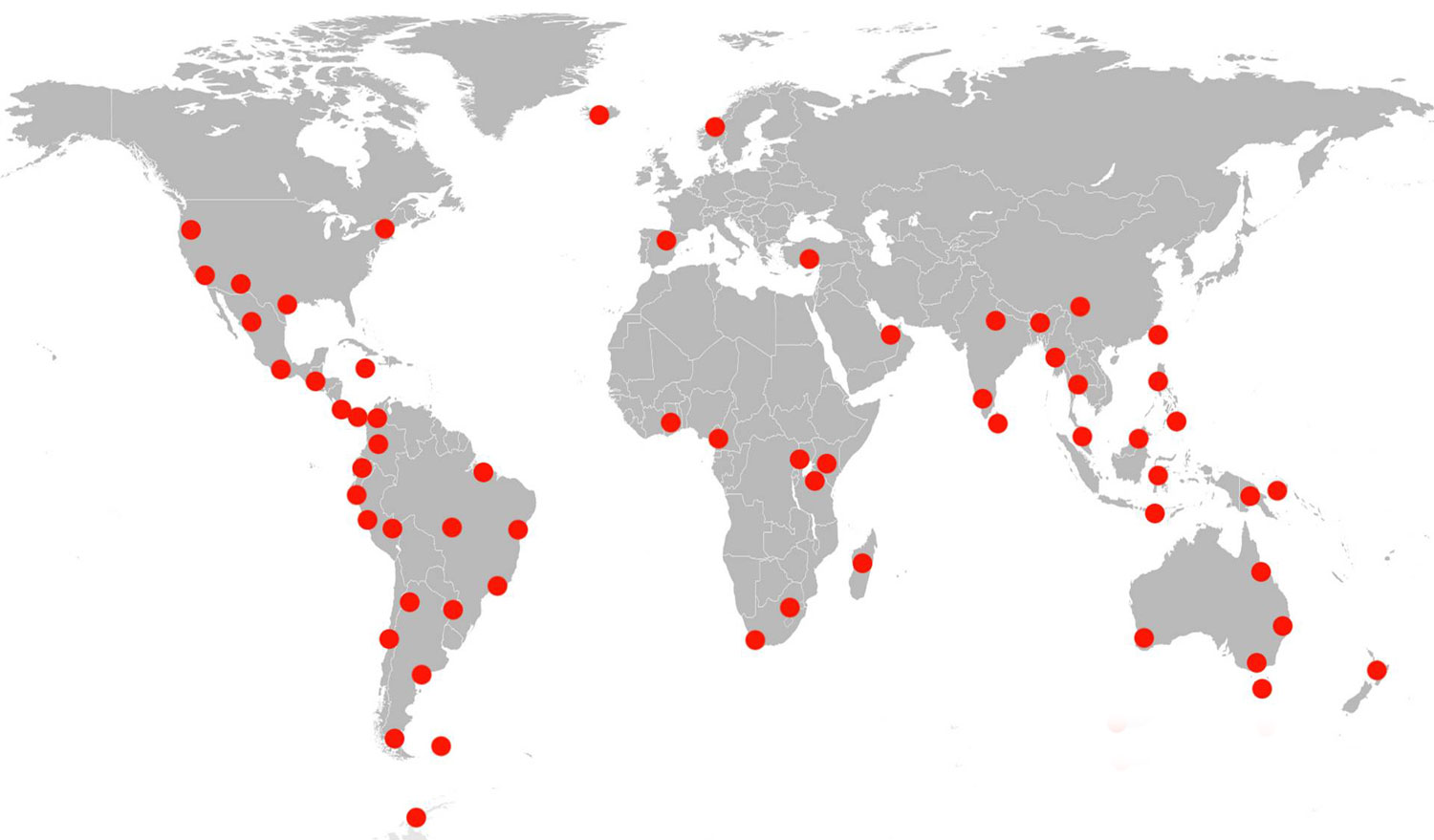 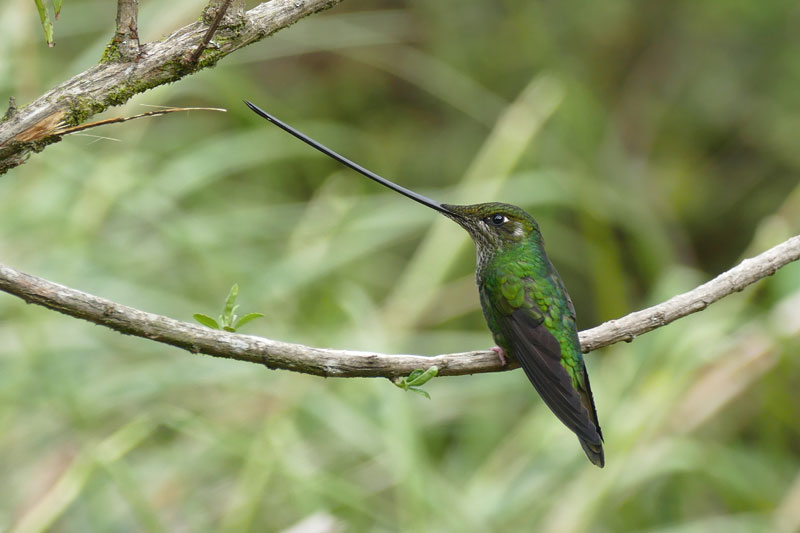 GEAR: Everything fit into a 40-liter backpack (at upper left), small enough to carry on to any airplane. 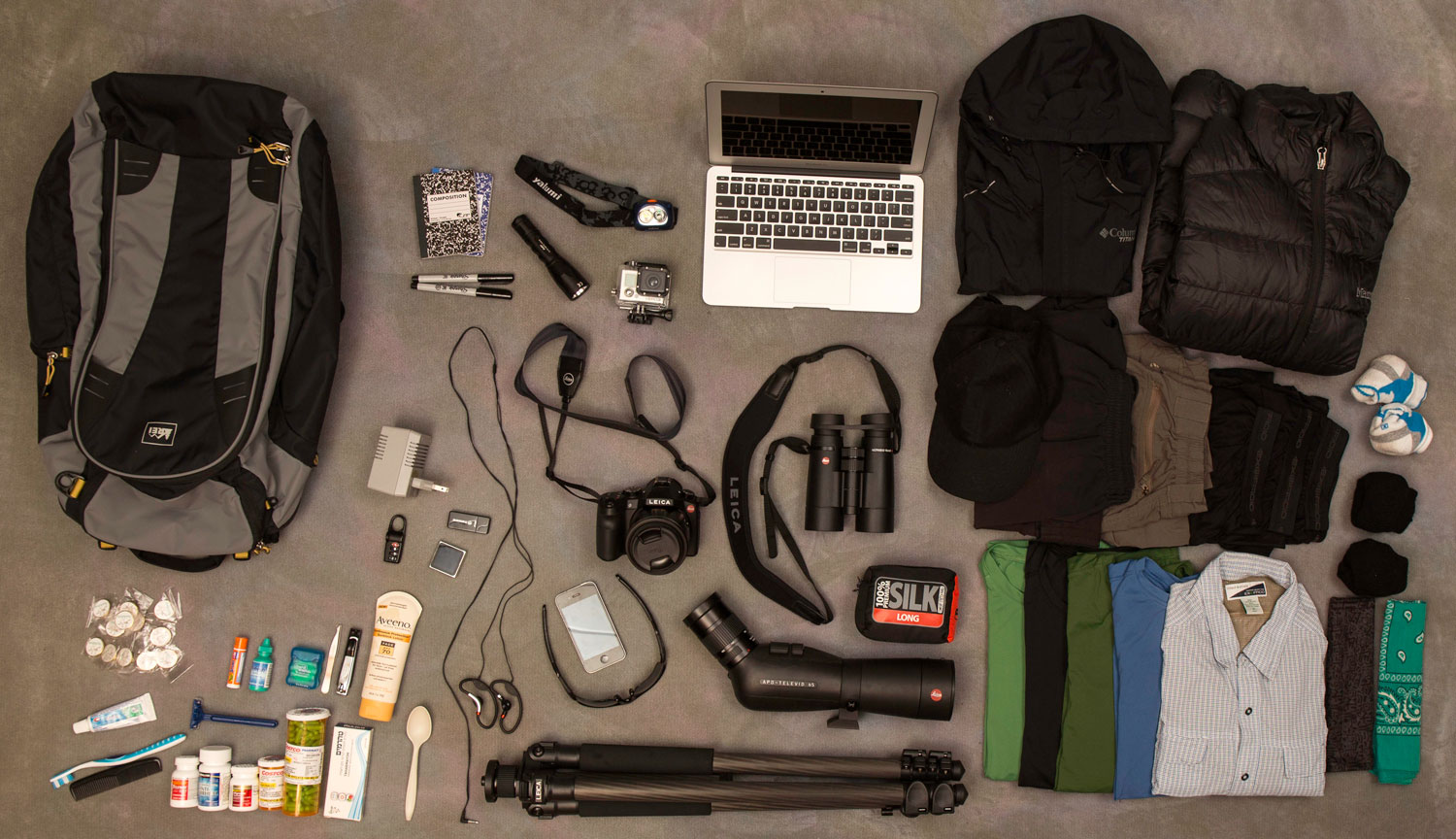 STATS FOR BIRD NERDS: Noah’s tally of 6,042 birds surpassed the previous world record of 4,341, set in 2008 by British birders Ruth Miller and Alan Davies, by 1,701 species. Of the 10,365 species recognized by the Clements Checklist as of December 2015, Noah found 58.3%, becoming the first person to encounter half the world’s birds in one year.

330 (5.5%) of Noah’s birds were heard-only. Exotic species were counted, but in the end only five (African Collared-Dove, Tanimbar Corella, Rosy-faced Lovebird, Red-crowned Parrot, and Java Sparrow) were not found in their native range. Three scientifically undescribed South American birds (Millpo Tapaculo, Alto Pisones Tapaculo, and Santa Marta Screech-Owl) weren’t counted because they did not appear on the Clements Checklist.

Some birders prefer to use the IOC World Bird List, which recognizes more species. At the end of 2015, IOC v. 5.4 added 113 birds through non-Clements splits and subtracted 11 lumps, adding a net 102 birds to Noah’s tally for a total of 6,144 species. All of these numbers are now out of date, as new splits were announced in 2016 and beyond.

Using eBird, Noah recorded details of every sighting, including common and repeat birds. Right-click here and select “save as…” to download his full 2015 dataset (Excel spreadsheet with 37,000 rows, 2.5 mb). 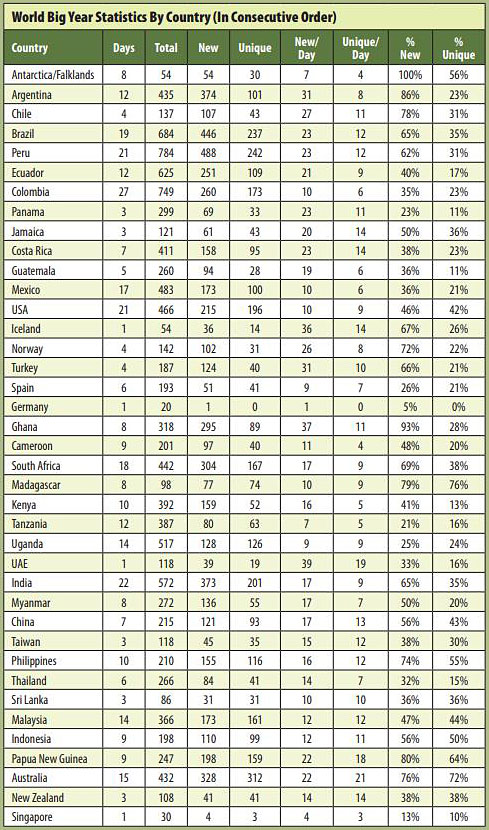 THE YEAR IN FIVE MINUTES: 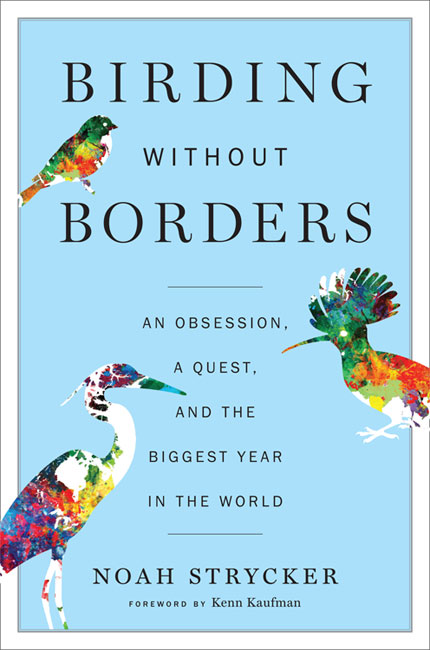 “Birding Without Borders” recounts and reflects on Noah’s Big Year, as much about the people and experiences as the birds. It is a much different account than the daily blog, which documented the adventure in real time. After the year was over, Noah spent the next 12 months writing this book, which tells the story in a single narrative. It was named a New York Times Book Review Editor’s Choice, and is now in bookstores everywhere (available in hardcover and paperback). 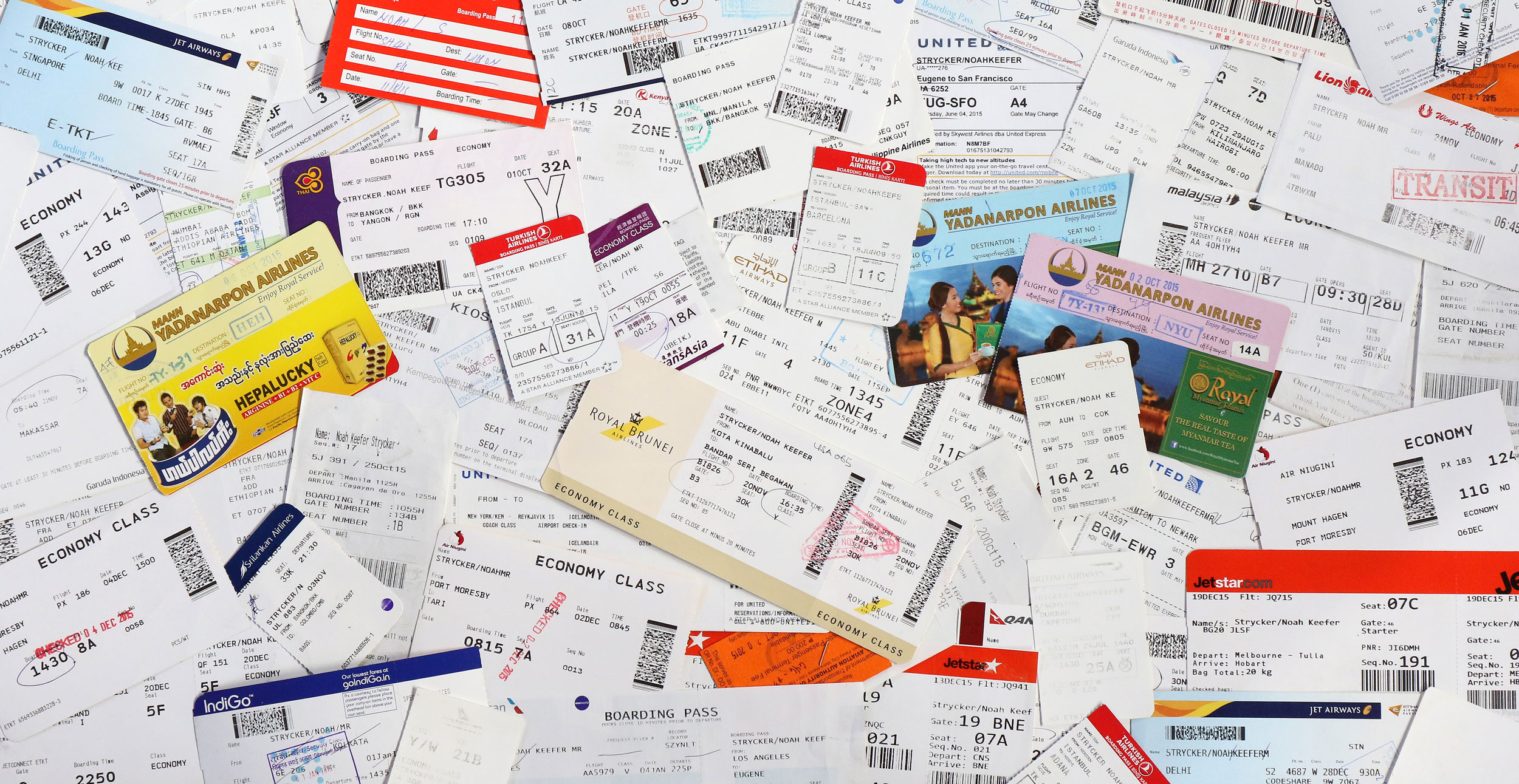