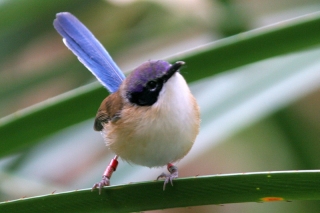 Apparently yesterday Australia instituted its first-ever female Prime Minister. “Instituted” being the key word, since she wasn’t elected. Somehow the existing prime minister got unpopular enough that the government turned him out without telling anyone until half an hour before the switch was made (imagine that happening in the US!). So the general population here is reeling with the sudden news, two months before the next real election.

All of which has negligible effect on life at Mornington Station. The fairy-wrens have mostly lost breeding colors, so males are gray instead of purple. I saw another life bird this morning – a Horsfield’s Bronze-Cuck00 – which makes two in two days!