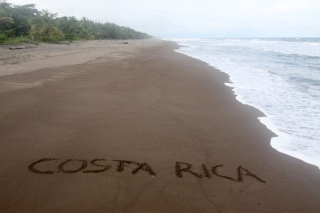 I landed in Costa Rica on the coldest day in 15 years: it was 61 in San Jose. At least, though, I can understand people better here than in the Atlanta airport (where they were also complaining about the cold, I think).

I’m skipping this winter to band birds at various rainforest sites. I’ll get to see a bit of the country, though it’s not much bigger than Oregon (or maybe smaller?). Broadband recently hit the tiny Caribbean village of Tortuguero, so I’ll be able to post regular updates. Looks like it’s going to be a good season!