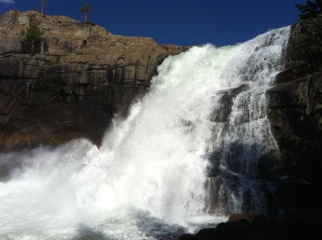 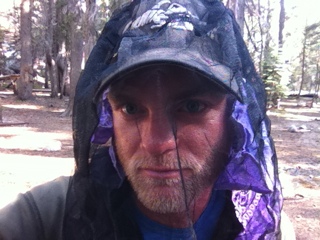 In a stroke of magnificent timing I arrived at the Tuolumne Meadows store and post office about one hour before it opened for the season this morning. Soon I was eating bananas and ice cream with about ten other hikers out front, celebrating our arrival at Yosemite, and, by the time I’d fetched three resupply packages, mailed one out (their first outgoing parcel of 2011), and munched many rounds of junk food, six hours had passed.

I finally burped and farted my way out of there, swaying under a heavy load with a week before my next stop, blissfully happy. After an easy 15-mile day, I’m now camped by the Tuolumne River with a bunch of other hikers, six million mosquitoes, and – according to the rangers – a problematic mama bear, so it’s bound to be an interesting night.