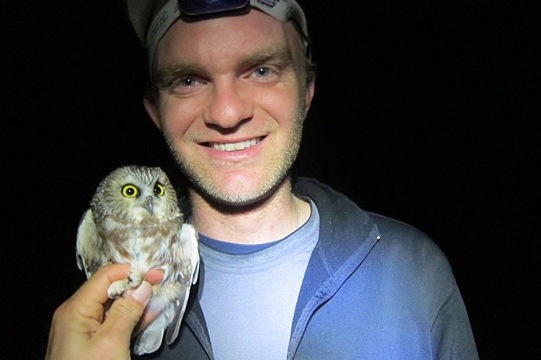 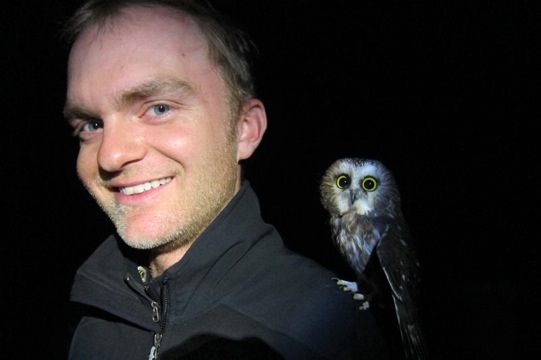 I’m staying up tonight with Ed to capture Northern Saw-whet Owls. It’s 11pm, and we’ve caught three so far – not bad, but not spectacular (a good night at Petit Manan Point might yield 20 by midnight). We take turns checking seven mist nets outside our trailer once an hour, luring in the fist-sized owls with a boombox which continuously broadcasts their calls at full volume.

Couple of interesting things about saw-whets. You can tell how old they are by looking at different generations of feathers in their wings, and this is made easier by spreading their wing under a blacklight (fresh feathers glow pink under UV rays). We use a light called the “stink finder,” designed to find cat pee stains in carpets. And Saw-whets often take a minute to fly away upon release, so you can sit one on your shoulder to pose for photos. Cool stuff!

From Island to PeninsulaDay And Night
Scroll to top