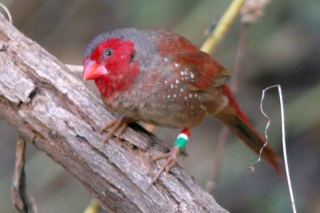 “Don’t add the yeast with the boiling water, or you’ll kill it,” said Richie Rich this afternoon (a nickname derived from the unfortunate coalescence of four different Riches at Mornington, after they all declined to be known as “Richard the First,” “Richard the Second,” and so on). “There are many ways to bugger a brew.”

Sara and I were learning the intricacies of home brewed beer from a master. “The cheapest beer at Woolworth’s [where we order groceries] is $1.30 per stubby,” he calculated. (A “stubby,” to us Americans, is a regular old bottle.) “But home brew works out to about $0.20 per stubby and tastes about the same as the cheap stuff anyway.”

So, we mixed the yeast, sugar, and some treacle-like magic “draught” mixture into a 23-liter tank, and set it aside to bubble away for the next week. Meanwhile, another batch from last week was ready for bottling, and the three of us spent 45 minutes disinfecting old bottles, siphoning in the new brew, adding carbonation sugar tablets, and sealing on new caps. Another two weeks, and it’ll be ready to drink – though the beer will probably taste better after a month.

Home brew is a major part of Mornington culture. The staff has been at it for years and people here have it down to an art. “You can’t mess it up,” says Swanie, but, almost in the same breath, “a lot of things can go wrong.” So, we’ll just have to see how this latest batch turns out!

Heat of the MomentSnake Encounter
Scroll to top